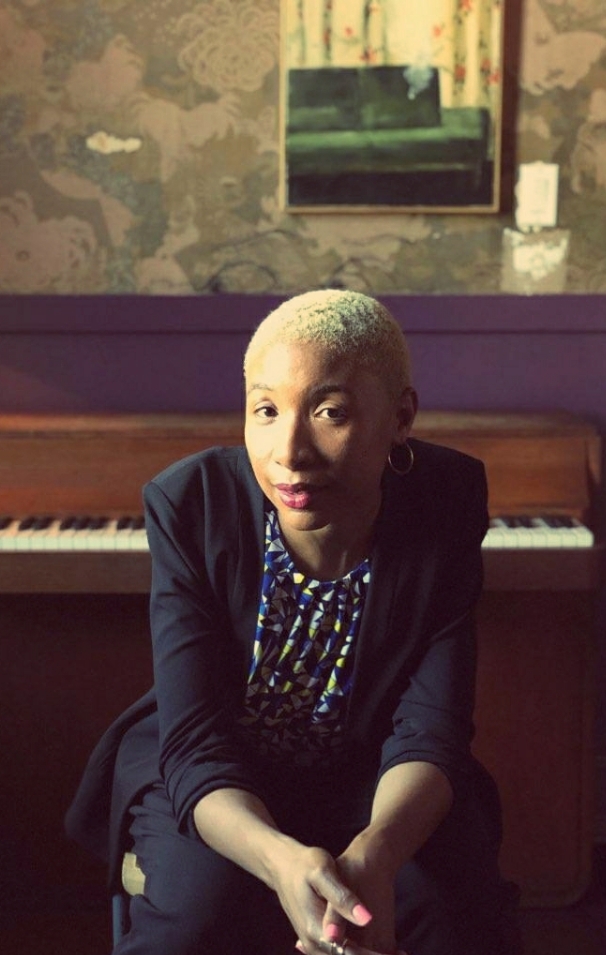 Author, screenwriter, executive producer, and host of the podcast Real Black News – named in 2019 as one of the top 50 podcasts in the country – Raqiyah Mays launched her career at VIBE magazine as an executive assistant. From there, she reported on the intersection of social issues, hip-hop, film, and TV for outlets like The Associated Press, Essence, Billboard, Black Enterprise, The Source, Complex, XXL, and more.

Mays was later recruited to work for Sirius/XM, where she wrote and produced a daily show for the legendary DJ Grandmaster Flash. She also hosted weekends on the hip-hop station Hot 97, NYC’s 107.5 WBLS, and the morning show on 98.7 Kiss FM.

In 2015, Simon & Schuster released her inspirational debut novel, The Man Curse, which explores a family of women cursed to never marry and the soul-searching necessary to break this belief. The critically acclaimed novel was turned into an empowerment workshop at domestic violence shelters. The Man Curse is slated to be re-released in 2020. Mays adapted her book into a  one-hour TV pilot. It was a semifinalist in ScreenCraft’s Cinematic Book Contest. She’s currently working on her second novel, and developing a show with writer Ed Burns, co-creator of The Wire.

Raqiyah has written nationally and globally televised speeches for activists like Tamika Mallory, co-founder of Until Freedom. She also contributed a chapter to Where Did Our Love Go: Love & Relationships in the African American Community, an anthology written by African American Film Critics Association (AAFCA) President, Gil Robertson. She was reporter-at-large for Unbelievable: The Life, Death, and Afterlife of The Notorious B.I.G. by showrunner and Luke Cage creator Cheo Hodari Coker. His book was adapted into his debut feature film, Notorious. Mays was also featured in author Thembisa Mshaka’s Put Your Dreams First: Handle Your Entertainment Business.

The fashion brand The Limited selected Mays as one of its dynamic female leaders featured in its nationwide “New Look of Leadership” campaign. VH1 picked her for its iconic “Future Leader of Black History” commercial series. In addition to winning several awards, Mays has appeared on ABC, BET, TV One, Fox, Fuse, and Fox News.